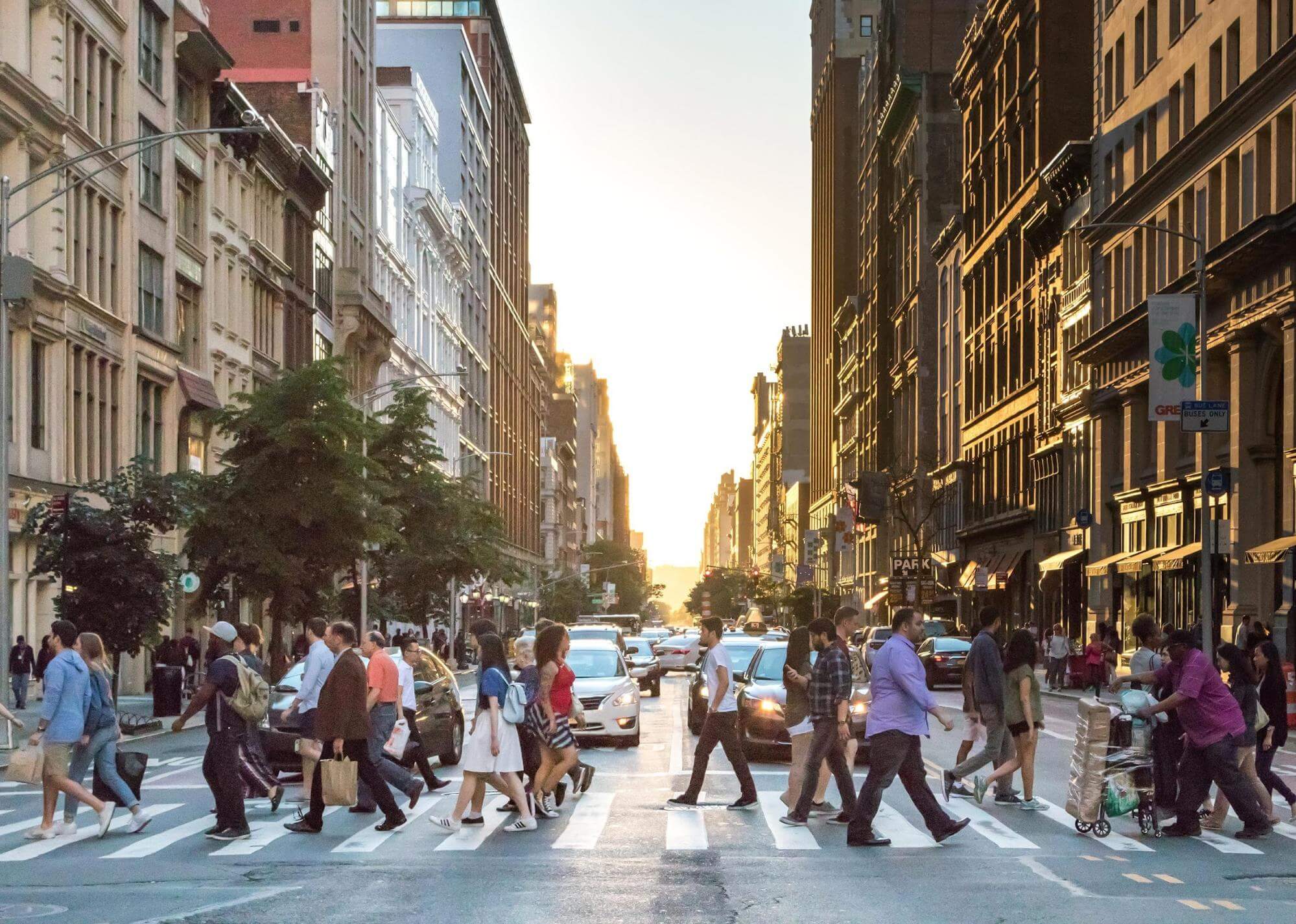 Urban heat islands are areas within cities that are hotter than their outlying regions, largely due to albedo—the tendency of a material like asphalt or pavement to absorb, rather than reflect, heat from the sun. Lack of tree cover, an abundance of tall buildings, and population density can amplify this phenomenon as well.

These hot spots generally experience temperatures higher than the surrounding areas by about 1-7 degrees Fahrenheit during the day and 2-5 degrees Fahrenheit at night. The rise in temperature increases the chances of air pollution and could prove dangerous for those without air conditioning. Urban heat retention isn't just uncomfortable: it's a serious public health threat.

More than 80% of Americans live in urban areas, according to Census data. While densely-populated areas often present economic and social benefits, this exposes the vast majority of the US to the slew of health dangers urban heat islands pose.

Many of the most heat-intense cities in the U.S. are older cities in the Northeast. These are more compact and developed than other parts of the country. They also tend to have taller buildings, which adds to the heat island effect.

New Jersey Real Estate Network examined data from climate change nonprofit Climate Central to find which cities experience the most intense heat due to overbuilding, also known as the urban heat island effect. Out of 159 assessed cities, these 10 had the highest index. 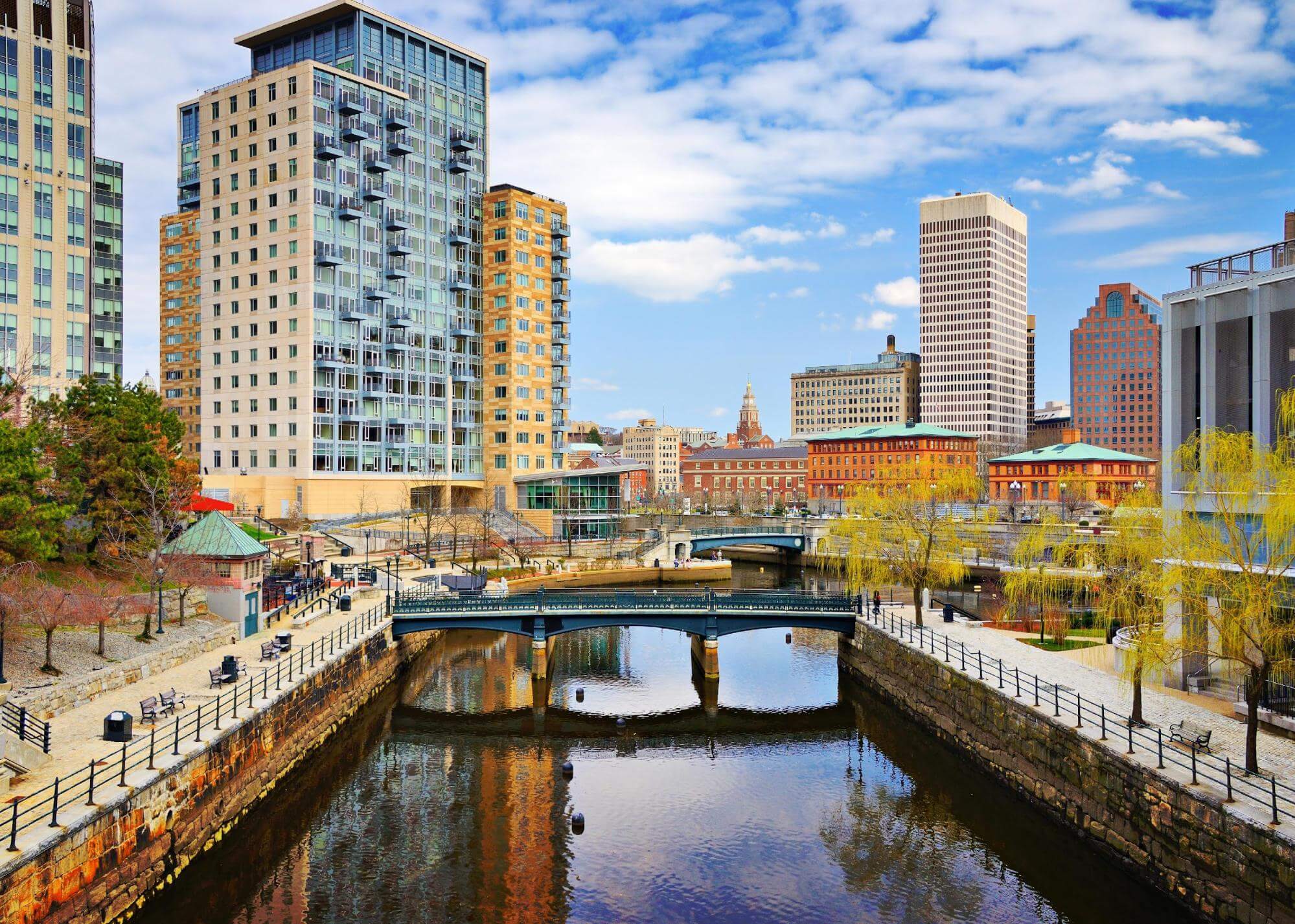 Providence owes its high heat concentration in part to a large highway (Route 95) that cuts through the city, and its frequently used industrial port. Areas like Pavilion Avenue, which are sparsely covered in tree canopy, are particularly heavily affected.

This means that lower-income and minority members of Providence's population bear the brunt of the urban heat island effects as is true in almost every other city. For instance, childhood asthma rates are highest in the parts of the city where heat island intensity is also highest. To combat this, the Providence Neighborhood Planting Program is offering citizens the opportunity to have free trees and greenery planted in their areas.

Find a New Home for Sale in Monroe, NJ

Browse a diverse library of homes for sale in Monroe, NJ and discover new property options that suit your needs and budget. 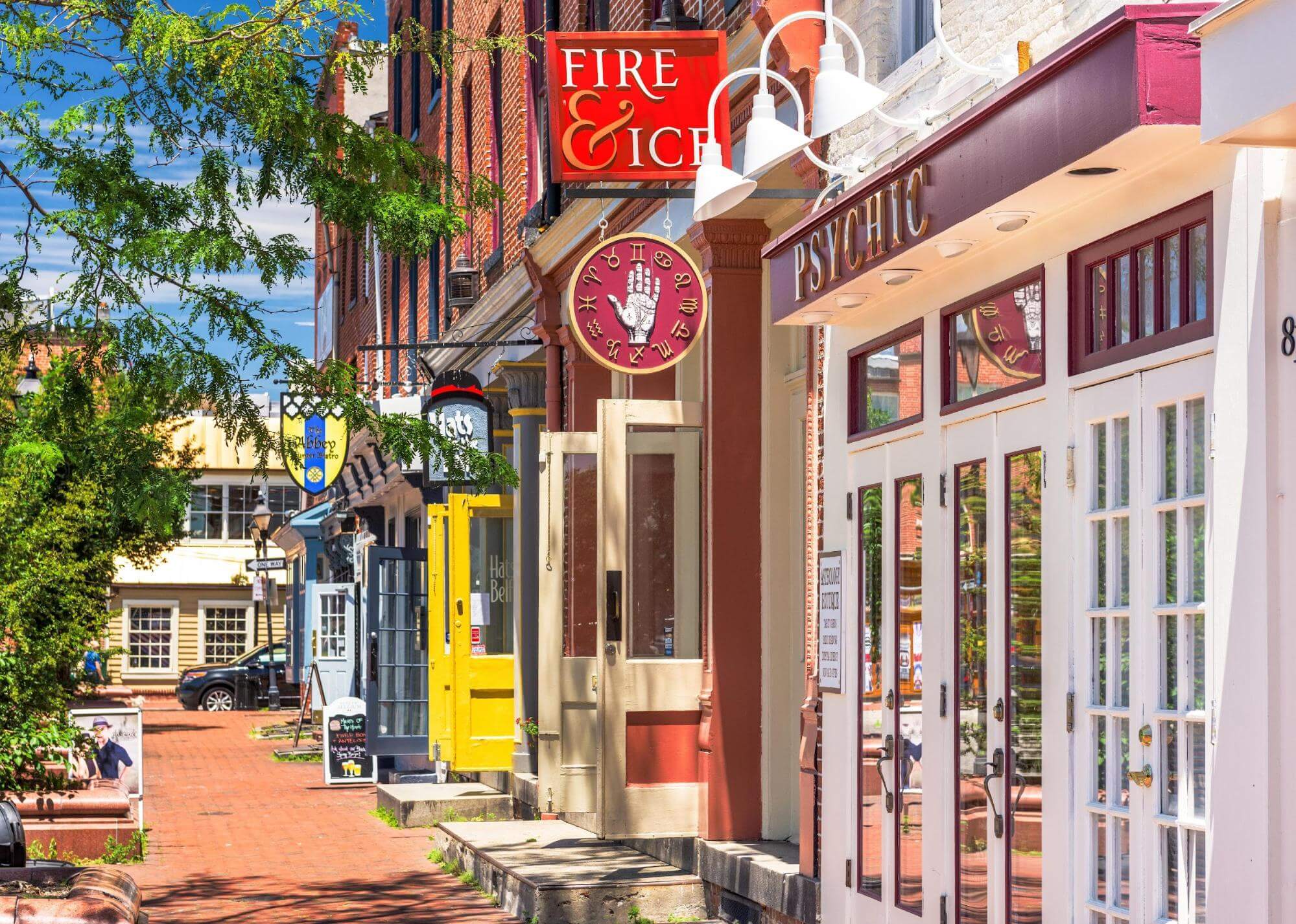 The worst of Baltimore's urban heat island is in the east of the city, especially the neighborhood of Patterson Park. In these areas, temperatures are as much as 20 degrees higher than elsewhere in the city, with heat-hoarding roofs and roads largely to blame.

To lower temperatures, the city is hoping to implement "cool roofs," which would have collateral benefits for the local economy, flood damage prevention, and public health. The B'More Cool initiative, started in 2014, is investigating where Baltimore's urban heat islands are the worst and how to best mitigate the damage. Among their sustainable solutions is an unexpected tactic the entire community can help with: composting. 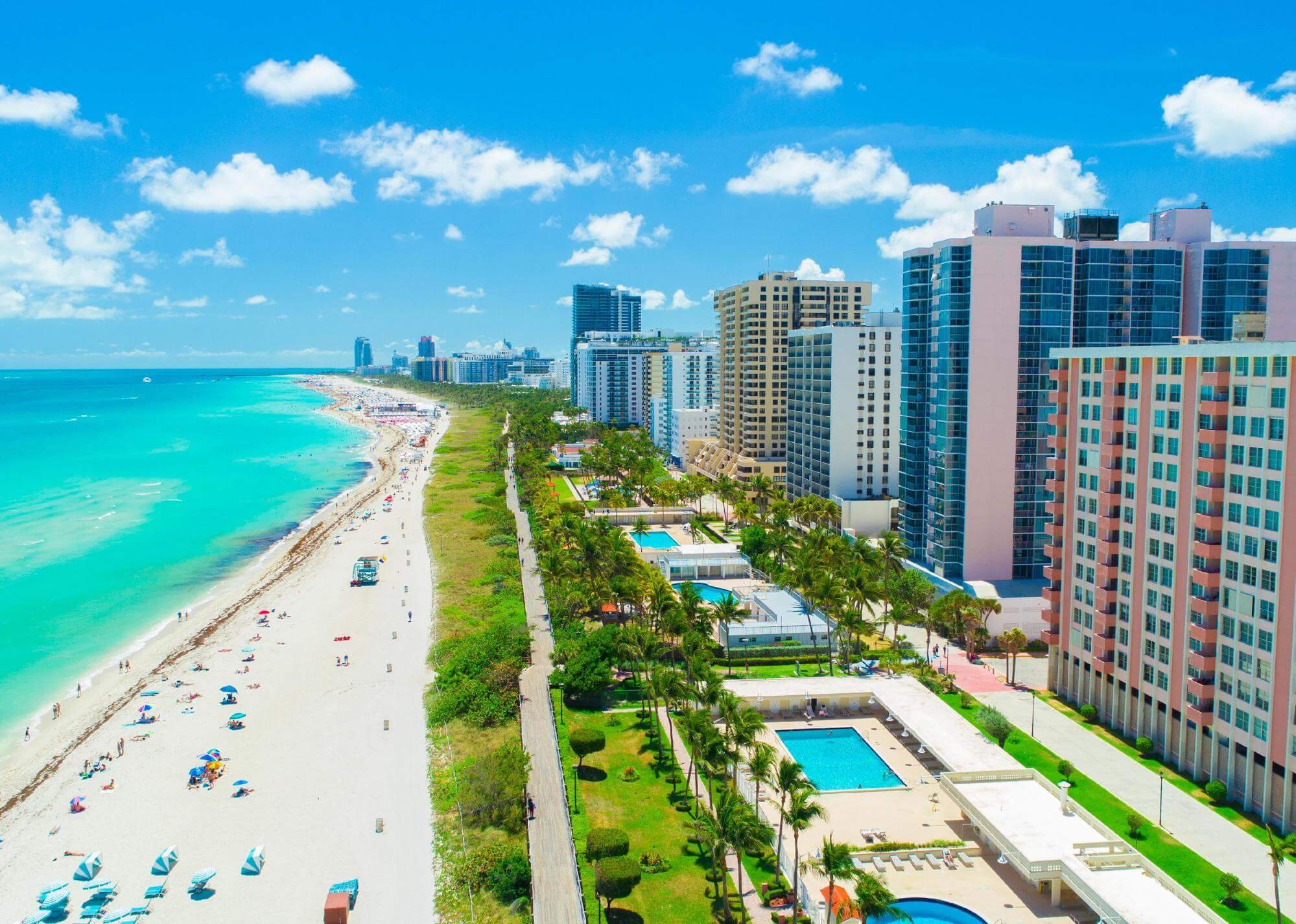 Miami broke new ground in addressing urban heat islands when it inaugurated the world's first chief heat officer. Since taking the role, Jane Gilbert is devising solutions to dissipate the strength of urban heat islands, and the class inequities in health they dole out. Among these are climate resilience hubs, which will offer relief for residents suffering through a heat spell.

Additionally, Keep Safe Florida is stepping in to assist low-income residents in these hot pockets of the city. The program provides funding for low-income properties to install and update infrastructure to protect against urban heat islands, as well as other effects of climate change. 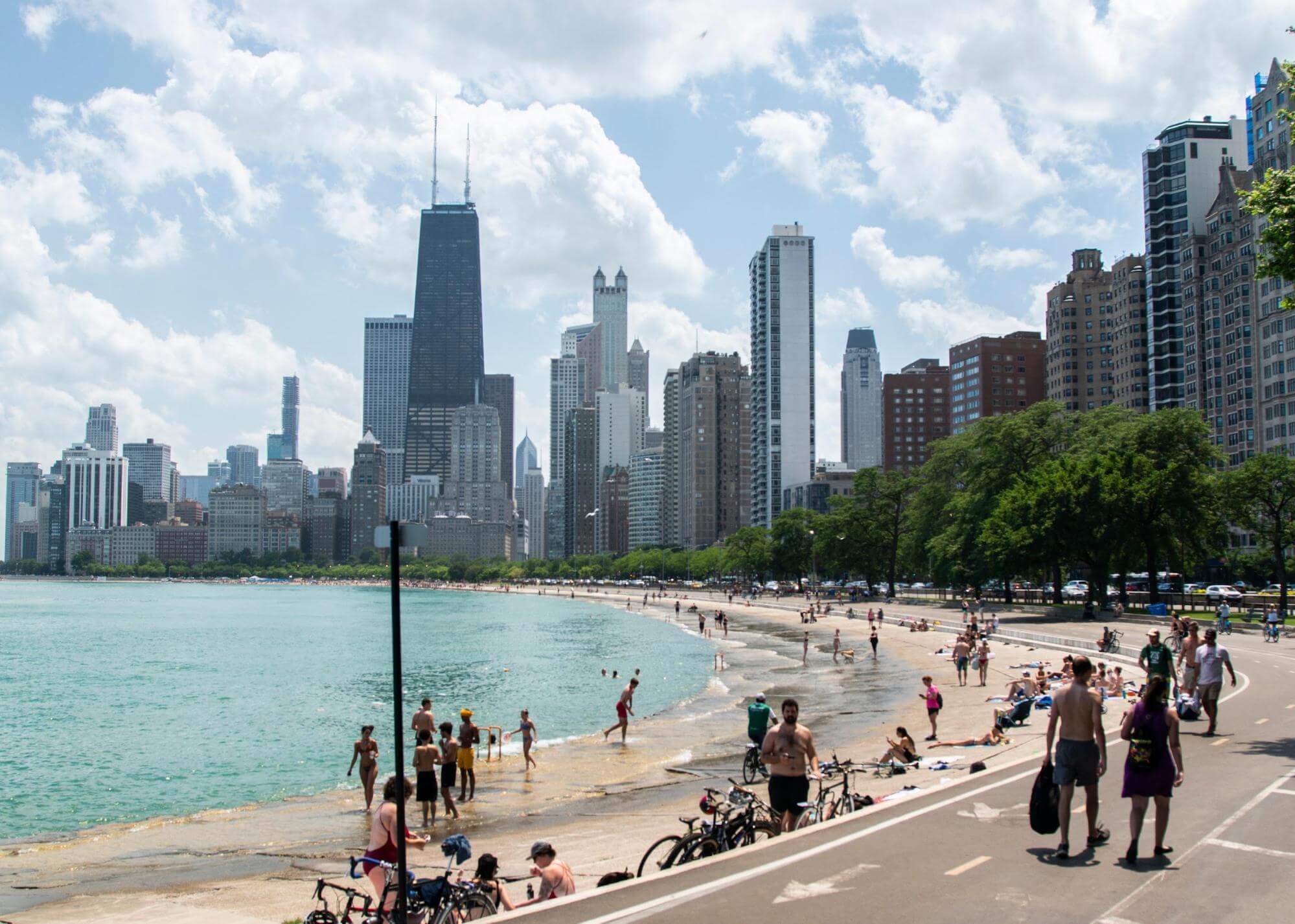 Chicago's heat concentration is quite skewed, thanks to the city's position on Lake Michigan. With the lake's waters cooling downtown, it is the city's western suburbs that are heating up disproportionately. The fact that these areas are also increasingly developing, with additional heat-absorbing buildings and structures being constructed, only intensifies the problem.

To fight against this, Chicago's city government has developed a series of building codes and green infrastructure projects. These include plans to install reflective roofing and rooftop gardens, requiring that newly built flat roofs meet EPA standards, and offering funding for projects that will encourage greenery and other heat island mitigation. 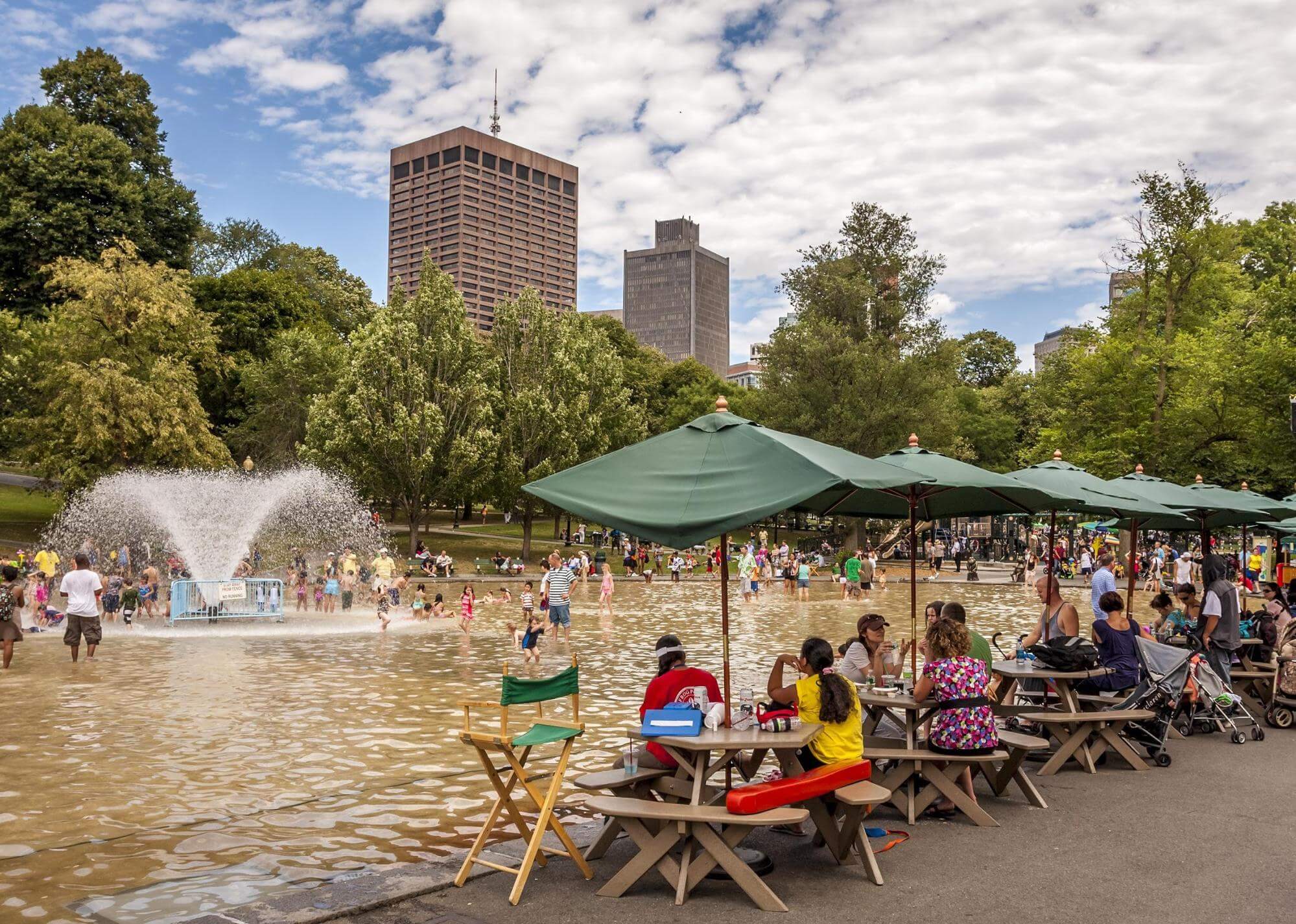 Boston's neighborhoods with high concentrations of pavement, asphalt, dark roofs, and high buildings are where urban heat islands can be found. These include the neighborhoods of Chinatown, Dorchester, East Boston, Roxbury, and Mattapan.

The city's Heat Resilience Solutions for Boston is a plan designed to counteract these heat-gulping hot spots, especially during the summer. Strategies laid out include a grant program to fund the installation of cool roofs, as well as plans to distribute cooling kits to the public during outdoor summer gatherings. The Extreme Temperatures Response Task Force has been directed to design action plans to put these ideas into motion.

Find a New Home for Sale in Middletown Township, NJ

Find a great deal on homes for sale in Middletown using our MLS feed, updated daily with listings across the area. 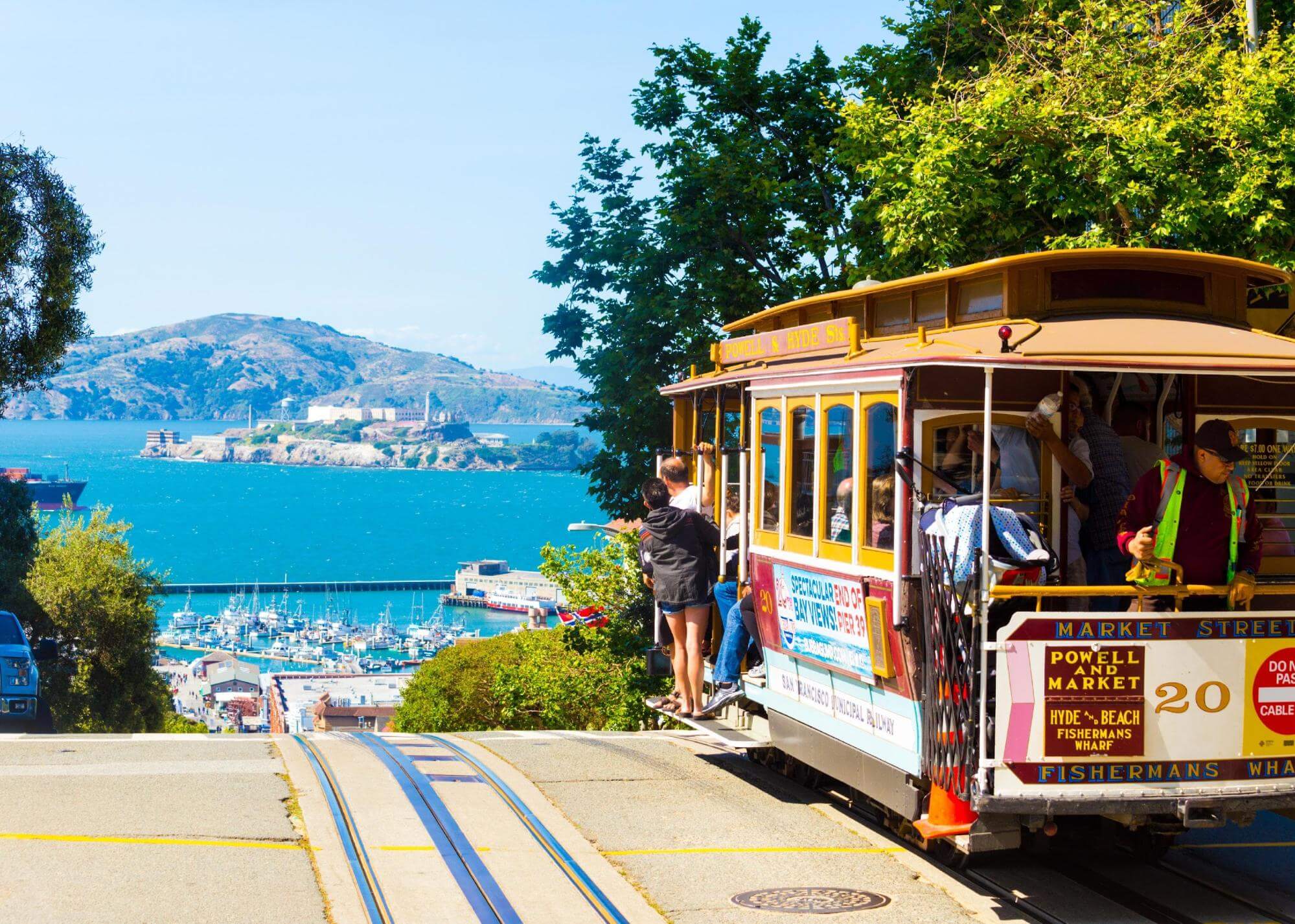 San Francisco's environmentally friendly reputation makes it a receptive city to try solutions for urban heat islands. The Next Generation Urban Greening Project hopes to expand preexisting sustainability programs from the city's affluent neighborhoods to its poorer ones, where urban heat islands are concentrated. Plans are being considered to redesign sidewalks and buildings to accommodate greenery and reflective materials, even if strategies must be fitted uniquely block by block.

In January 2017, San Francisco became the first city in the U.S. to require at least 15-30% of roof space to have solar panels or greenery. The city's Clean Air Plan also suggests implementing a "cool parking ordinance," which would pay particular attention to planting and installing shade materials in parking lots, which are major culprits for absorbing heat. 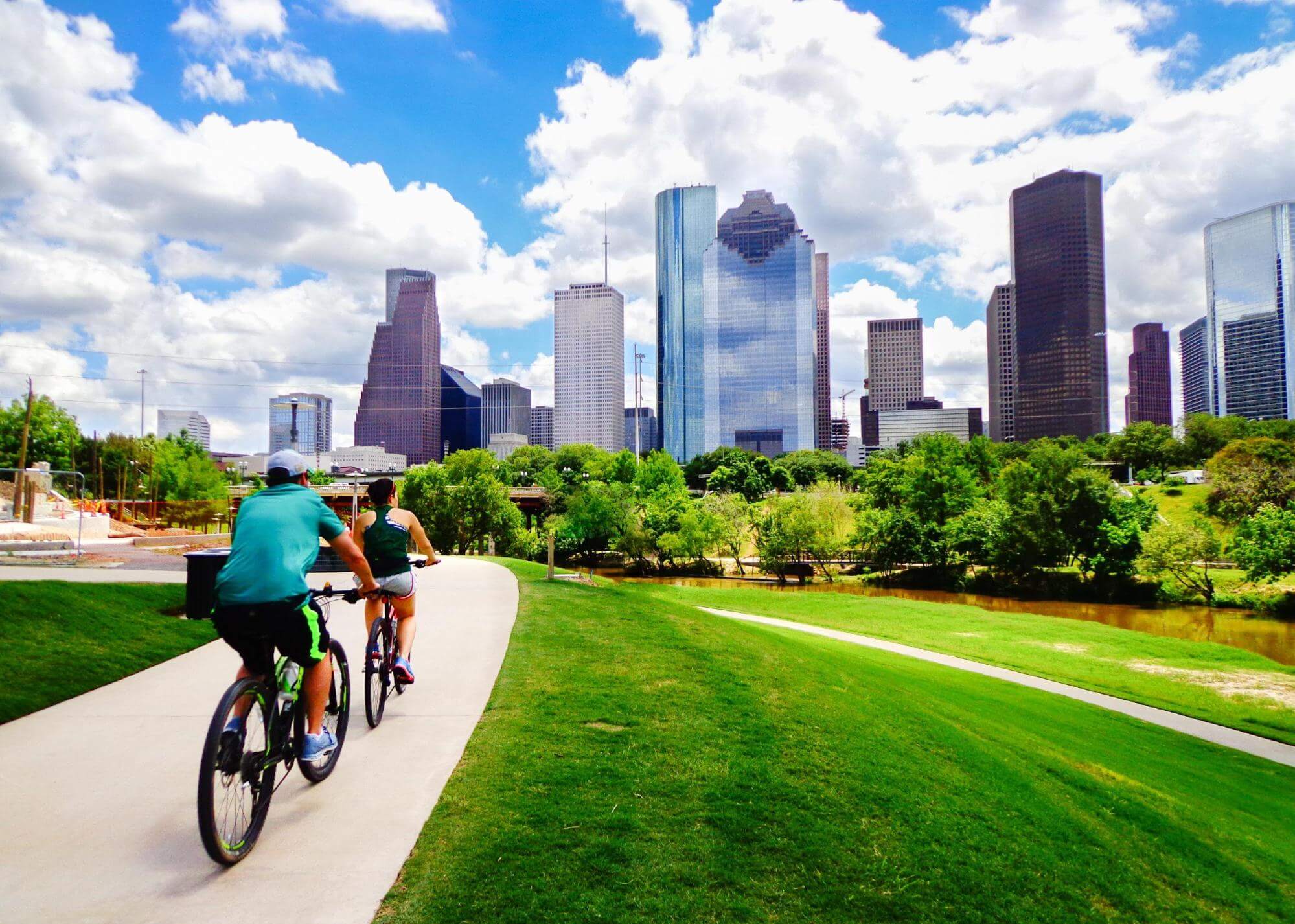 The Houston Harris Heat Action Team, or H3AT, attempted to map the city's urban heat islands in 2020 and found that areas close to Richmond Avenue and Chimney Rock Road were noticeably hotter than others. Many of Houston's hot spots are not random, but the result of past patterns of socioeconomic inequality.

The city's Third Ward neighborhood has found itself an urban heat island largely because of historical bureaucracy and decision-making, which sidelined it from programs to develop parks and green spaces. Overall, only 18% of the city is shaded. The city would need to plant 2.4 million trees to provide adequate shade for all residents. 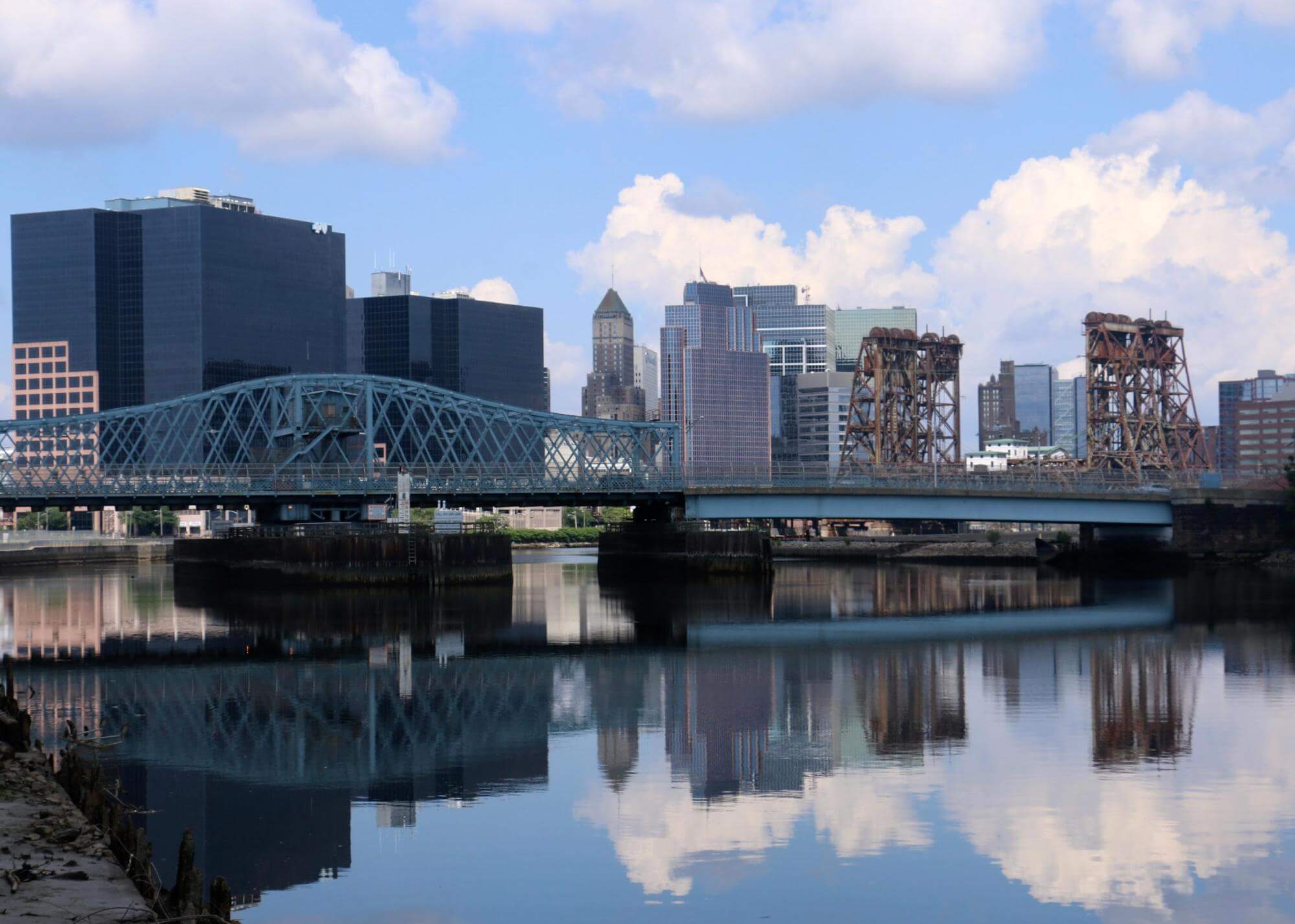 It is perhaps not surprising that the "concrete jungle" is also the third-worst urban heat island in the country. There are over 6,000 high rises and more than 270 skyscrapers in New York City, all of which suck in the sun's rays and heat up the city. The NYC CoolRoofs project paints urban rooftops around the city white, which lessens the extent to which they absorb heat. The initiative focuses on providing this service to nonprofits, low-income residential areas, community centers, and schools.

Cool Neighborhoods NYC, established in 2017, has dedicated $106 million to reverse the city's heat-hungry infrastructure—$82 million alone will be used to plant trees in the Bronx, Manhattan, and Brooklyn. New York's one saving grace is Central Park, which cools the areas around it. However, as the park's surrounding neighborhoods are some of the wealthiest in the city, low-income residents are once again disproportionately affected by urban heat.

Find a great deal on homes for sale in Elizabeth using our MLS feed, updated daily with listings across the area. 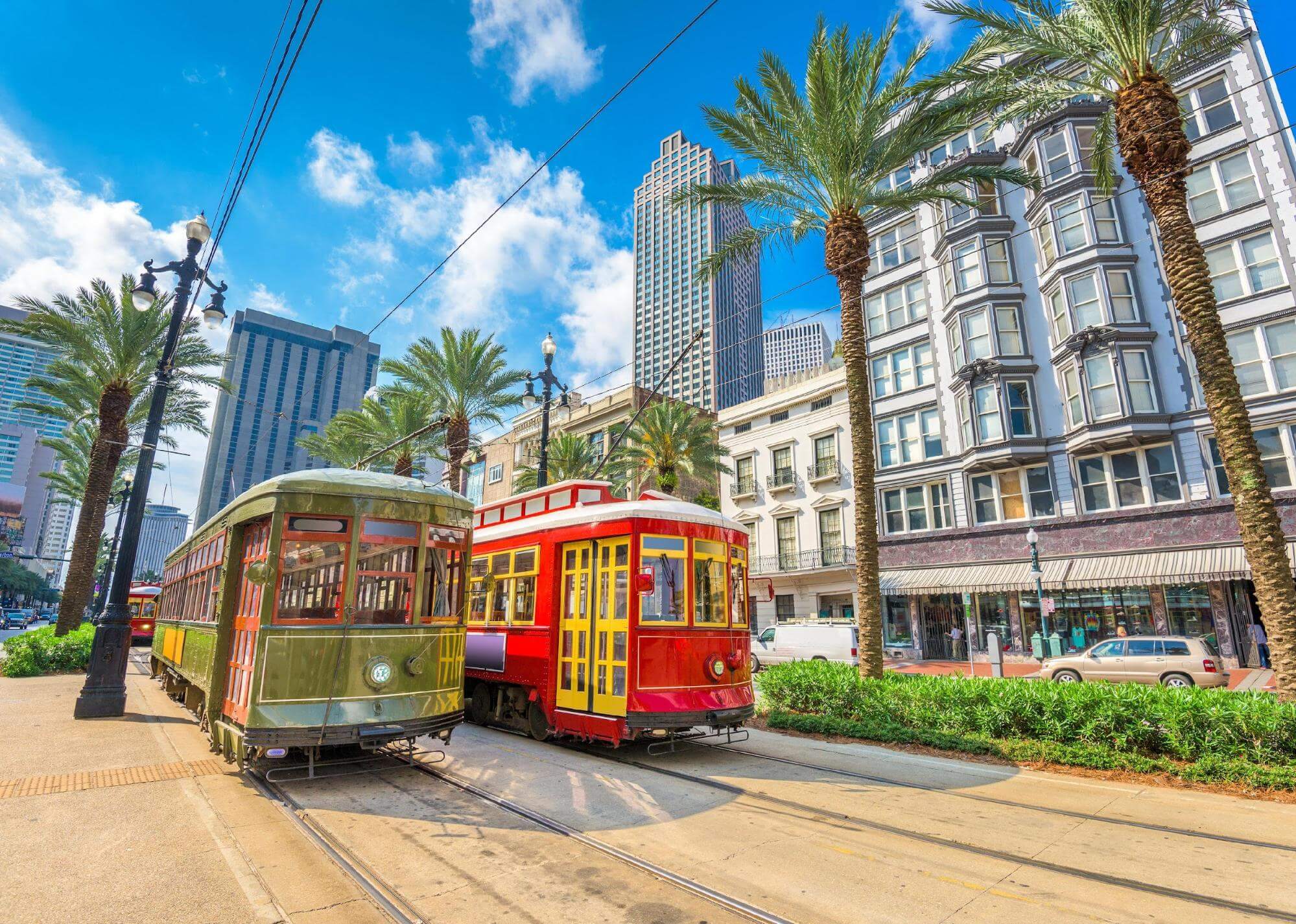 Newark's Ironbound neighborhood suffers significantly from heat hoarding, in part because of its population density: It is home to around 50,000 people within 4 square miles. It doesn't help that the neighborhood is also slated for construction projects that will increase its tall, heat-absorbing structures, including a six-story apartment building, a 13-story retail space, and an 11-story building near Penn Station.

To understand why Newark's urban heat islands exist where they do, one can look as far back as the 1930s and 1940s, when disproportionate funding was given out to different areas of the city. Some areas in the city received more investment, more trees—and decades later, less heat. 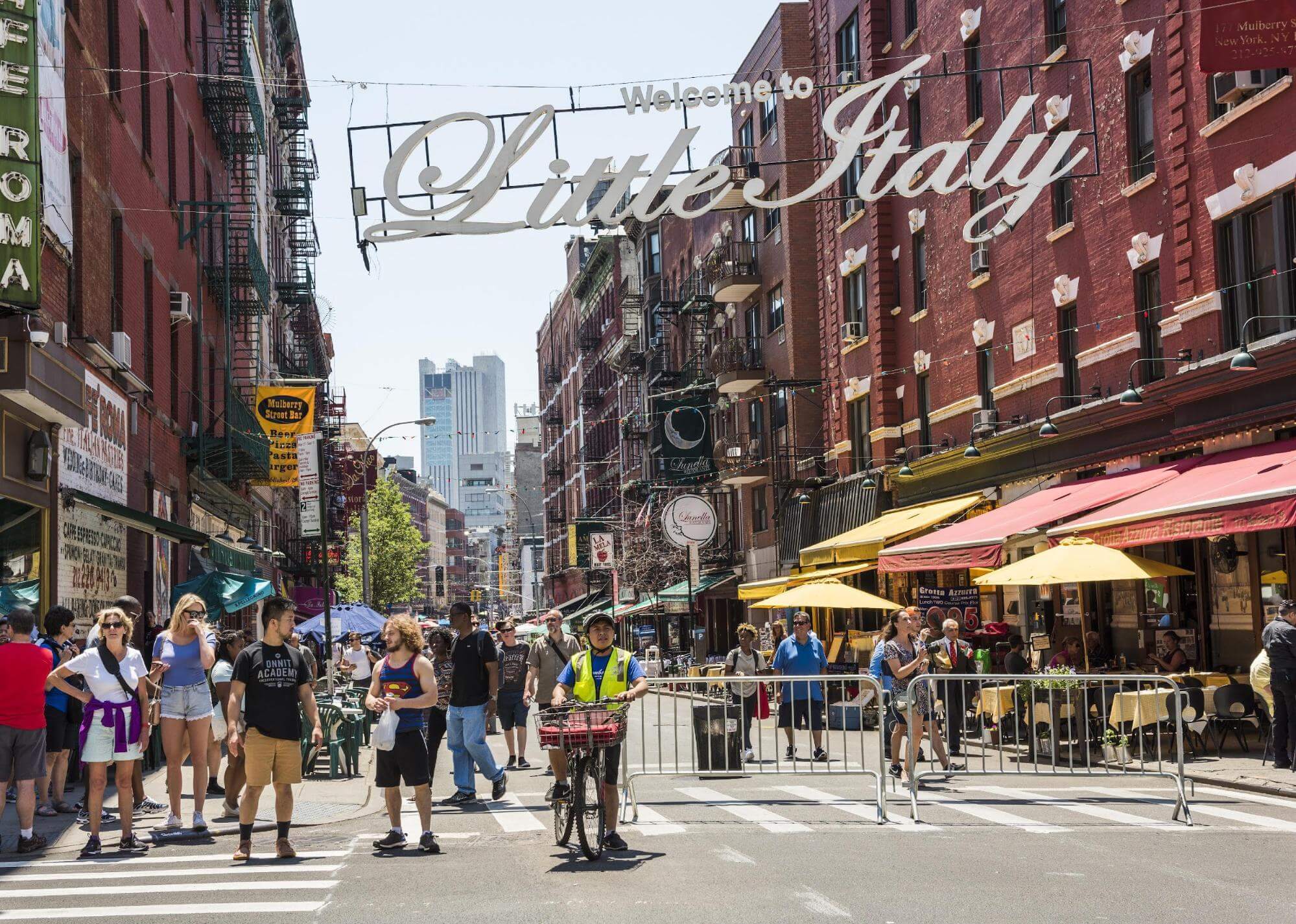 New Orleans' lack of tall buildings may offer an aesthetic benefit, but it leaves the city with a climate disadvantage, lacking much shade from the sun. The city also has a high number of dark roofs and roads, in combination with a low amount of greenery. Hurricane Ida worsened the city's ability to fight against intense heat, cutting residents off from power, and with it the ability to use fans or air conditioners.

The city government has pledged to reverse this and reach 30-40% of the city covered in green areas by 2030. Supplementing this, Sustaining Our Urban Landscape has planted 5,000 trees in the last five years alone, attempting to compensate for the 100,000 trees lost during Hurricane Katrina.

Search the newest homes for sale in Marlboro with our extensive list of properties and find insights into the Marlboro, NJ real estate market.